The six-city US run kicks off in Fort Lauderdale, FL, 11/28 following a short South American trek, & hits major markets across the nation, wrapping up with a 12/13 show in Anaheim, CA before heading back to Europe for several shows. Along the way, he will also perform at the Izod Center 12/5 & the MGM Grand in Las Vegas 12/12. Remember, your tickets are always guaranteed when you order at BocelliTickets.com!

Home Order Status FAQ Security About Us Contact Us 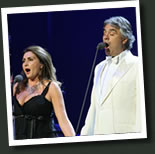 Andrea Bocelli is at the present time the best loved and most popular Italian voice, both in Europe and in the United States. His records sell like gold-dust and his tours draw 20,000 people per concert. Nonetheless, when asked for the fondest memory of his career, he answers: "A concert at the Sferisterio in Macerata. In the dressing-room, an old man said to me: "Signor Bocelli, I have been listening to opera for my whole life. I was in two minds whether to come to your concert, but I have to admit that your performance of the aria from the Arlesiana was perfect".

Bocelli's first break as a singer came in 1992, when the Italian rock singer Zucchero Fornaciari auditioned tenors to record a demo version of "Miserere," which he had co-written with U2's Bono. Successfully passing the audition, Bocelli recorded the tune as a duet with Pavarotti, with whom he became close friends. After touring with Fornaciari in 1993, Bocelli then performed as a guest star at the Pavarotti International Festival, held in Modena in September 1994. In November 1995, Bocelli toured Holland, Belgium, Germany, Spain, and France under the auspices of the Night of the Proms concert series, which also featured Al Jarreau, Bryan Ferry, Roger Hodgson of Supertramp, and John Miles. Furthermore, he began a solo career that would soon make him an icon in the classical crossover genre.

Bocelli's first two albums -- Andrea Bocelli in 1994 and Bocelli in 1996 -- showcased his operatic singing, while his third effort, Viaggio Italiano, featured famous arias and traditional songs from Naples. Although released only in Italy, the album sold upwards of 300,000 copies. With his fourth effort, 1997's Romanza, Bocelli rose to superstar status as he embraced more elements of pop music. The multi-platinum album included the international hit "Time to Say Goodbye," recorded as a duet with Sarah Brightman. Bocelli continued to focus on pop balladry with Sogno, released in 1999, which featured a duet with Celine Dion on "The Prayer." The album sold more than ten million copies worldwide, received a Golden Globe Award, and led to Bocelli's Grammy nomination as Best New Artist. A collection of holiday arias arrived that same year, followed by Verdi in 2000. In 2001, Bocelli paid tribute to his Tuscan roots with Cieli di Toscana, while the popular Andrea kept his international presence alive in 2004. Bocelli returned in 2006 with two releases: Amore, which peaked at number three on the Billboard Top 200 chart (Bocelli's highest chart position in America); and the live CD/DVD package Under the Desert Sky. His 20th album, a collection of romantic cover songs entitled Incanto, was issued in 2008.

Nonetheless, Bocelli's incredible success appears to have done nothing to alter his philosophy of life, draw him away from his family and friends or diminish his love of the Tuscan countryside.

"Success is just a matter of chance," he continues to say as accolades arrive from all over the world, "and it's important not to get too attached to it. There are other things in life. When I get home, I close the door and organise meals with the people I love. The only thing I bring home is my voice. If for no other reason, I have to practice at least two hours a day."

Home Order Status FAQ Security About Us Contact Us

Order now, and get a 5% discount off ANY purchase in January! Just browse our extensive inventory of Andrea Bocelli tickets, choose your seats, & enter the promo code below at checkout. 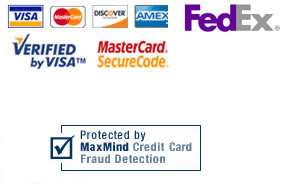